How to install and setup Samba Server in Ubuntu/Linux

What is Samba?
Samba is program which allows end users to access and use file, printers and other shared resources over a network. Shared resources can also be accessed by other operating systems like Windows or Mac.

In this Guide we will be installing and configuring samba on Ubuntu server to access a folder through windows and mac.

Requirements
If you have all the things ready, let's begin.


using above command we have created a new directory/folder which we will be sharing, also make sure that <your user name> should be replaced by your username on ubuntu. ie. mkdir home/geeksdice/share

Note: Username must be same as your system account else it won't be saved

On Windows: Go to run type the path of your share and press OK 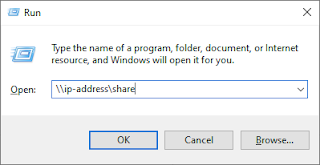 On Ubuntu: Open the file manager type the path and press enter

On MacOS: On the finder menu click Go> Connect to the server type the path and press enter

Below is the a video demonstrating installation of samba server


In this post we have assumed that you already have a Ubuntu/Linux server installed but in case you want us to write a post on how to install samba server, let us know on the comments section below.
Linux Samba Server Ubuntu
Location: New Delhi, Delhi, India

Popular posts from this blog 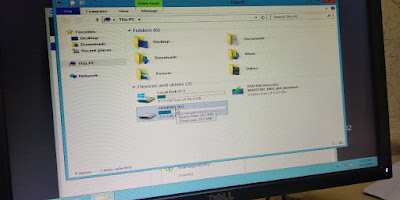 OEMDRV is Default OS Development Drive created by lifecycle controller of Dell Servers and contains the drivers used while installing the server.


In our case OEMDRV was E: and we wanted to use that drive letter to install some of our softwares, we were also unable change the drive letter or eject/delete it using disk management though the drive gets automatically removed after 18 hours and we did not wanted to wait that long in order to complete the server setup at the earliest..

But there is another way to force remove the volume, simply enter and exit the lifecycle controller during boot.


Restart the server and Press F10 to enter lifecycle controller during the time of boot and simply exit it (no need to change any settings).

This will remove the OEMDRV partition.

How to install and set up Webmin on Ubuntu /linux 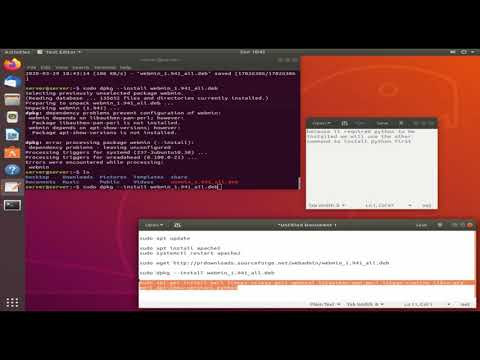 Introduction
Webmin is a web-based control panel for your linux server which can be used to manage and operate your linux using web-based GUI. We personally use the interface to manage our storage server.
Webmin is more likely an interface designed for administrators who want to control server activities from within or outside the server over a network. In this tutorial will be setting up webmin on Ubuntu 18.04.
Requirements 1. Installed Ubuntu 16.04 or higner 2. An active internet connection.

Updating Server First thing first, we recommend updating your server everytime before installing any package to you linus OS. use the command below to update. sudo apt update
Installing Webmin
Before you begin installing webmin it is required to installl apache on our server (Apache is platform used to run webmin and other browser based applications in Linux)
sudo apt install apache2 Restarting apache
sudo systemctl restart apache2 Downloading webmin: now we will need to download webmin by using the comm…
Read more